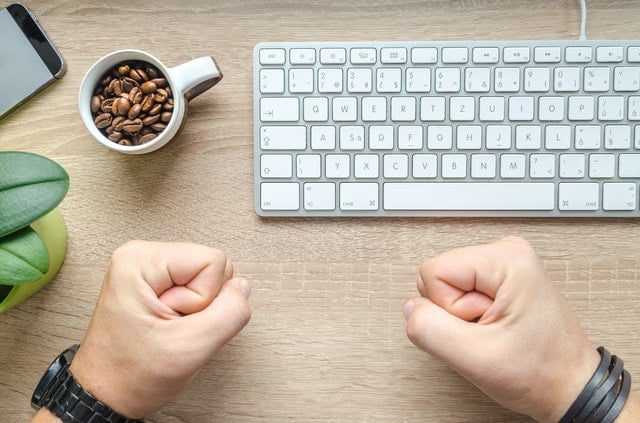 If you have ever visited a lecture at the Austrian University you are already familiar with this cultural phenomenon and you know exactly what I am talking about. At concerts and sports events the audience claps at the end. At universities, the applause is different in Austria: Here, there is knocking instead of clapping.

The professor takes his notes and ends the lecture. The mood in the lecture hall is improving. But before the students leave the room, they knock on their desks. Almost every lecture ends with this tradition. If you have fallen asleep in class, you are likely to be woken up at the end of the lesson by a riotous cacophony of loud knocks. When you start asking your Austrian collegues what is going on they will tell you that this is an Austrian thing.

“Akademisches Klopfen” (academic knocking) is simply recognized as a more reserved way of applauding. The same rule is often applied at conferences or readings, especially If they are led by an academic institute.

If you are still confused we are explaining further the origin of knocking that you can better understand the Austrians.

“The topic of enthusiasm for students has not been systematically investigated. That is why all the statements are very vague,” says Friedhelm Golücke, chairman of the Association for German Student History in Essen. Golücke tries to explain the origin of knocking anyway: In the 18th century, new students (“foxes”) were greeted at the university with “drumming”. In addition, the higher semesters would have drummed with sticks on the floor. There are two different meanings of “drumming”. One explanation is that the one hand was used to “foxes”. Another meaning is that the students also drummed with the stick if they didn’t like the professor’s lecture.

Another sign of displeasure developed at the end of the 18th century. At that time the students would hit the table with clenched fists when they were dissatisfied. At the same time, “scratching” or “hissing out” became known. “The knocking on the table seems to have turned into an expression of applause for the lecturer,” says Golücke.

Notker Hammerstein, history professor in Frankfurrt am Main, has a different explanation: In the past, students at the University usually only had one hand free. The other hand was used to hold the pen or the notebook. Hammerstein concludes from this that the expression of opinion was only possible with a free hand and that the students therefore avoided clapping and they were knocking instead.

There are other forms of expression in student history: “whistling” is one of them. Between the end of the 18th century and the middle of the 19th century, students whistled out their academic teachers. They thereby expressed their applause. At the same time and with the same tradition, the new foxes were also welcomed.

“The traditions are partly contradicting and often have the opposite meaning,” says Golücke. There are sources on the subject, but they cannot be found in libraries. Golücke calls this literature “gray literature” – books and documents that are mostly in private houses. Should a researcher find the origin of knocking, one thing is certainly due to him: knocking applause!

Some people think it’s to be mindful towards people that are anxious or easily startled, some teachers might tell you that 400 students clapping at the same time is too loud and annoying. Whatever the reason might be, make sure to remember to knock instead of clap if you ever find yourself in a lecture at Austrian university.

Other unusual academic traditions in Austria

“Sie”-ing on the safe side

If you are used to the relationship with your professor as the professor is just lik a mate this is not the situation in Austria. Here, it’s the norm to refer to your professors in a formal matter using “Herr” or  “Frau” and their titles (“Mag.”, “Dr”). Don’t forget titles they are very important in Austria.

Instead of a taboo “Du”, you would stick with “Sie.” With some Austrian professors you might get lucky and avoid being as formal. If you want to stay on the safe side we definatelly recommend to start out with a “Sie” instead of “Du”.

Get used of being very independent

In some other countries you often have meetings with your tutors to monitor how you are progressing in your classes or with your studies. Yet in Austria, you have to be independent, the prized academic norm. This level of independence teaches you creative tricks and techniques, which you may not learn otherwise. For example, you learn to trust yourself enough to believe that you will nail that exam – and develop the self-studying techniques to make it happen.

If you´re studying at any Austrian university, you’ll probably hear your friends saying they’ll be chilling around Mensa or taking a quick lunch break there. Mensa is just the German word for Cafeteria. In Austria, the “Mensa” is large part of the university culture, which is also why you’ll probably find some of your co-students or your Austrian friends clustering around there between studying cram sessions. You would think that some nearby coffee shop would be much more interesting, but no, Mensa instead.