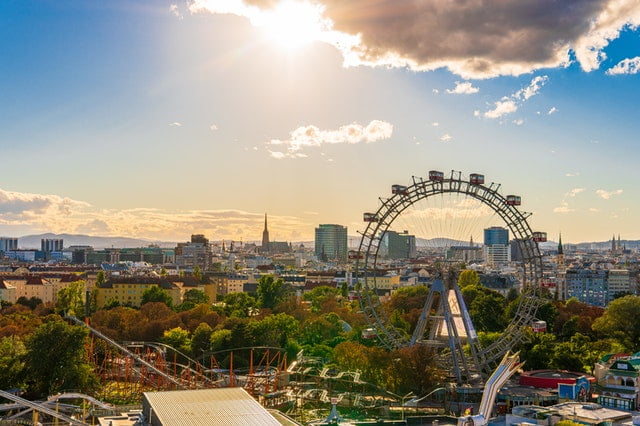 Have you ever wondered which are the best areas to live in Vienna? The city offers a wide range of possibilities, from experiencing the busiest districts to other urban spaces in a quiet environment. Although the capital is a city with great contrasts between the different districts into which it is divided, there are some areas that, for one reason or another, are especially attractive.

If you are looking for where to buy or rent a home, you should know what the different areas of the city offers. Although it depends on the needs and lifestyle of each one, to help you in the task we have selected the four best areas to live in Vienna.

If you consider comparing places within the same city, life may vary depending on the different places that make up the city. Vienna has everything you can imagine at your fingertips, preserves its history with an immense cultural heritage, and combines it with a cosmopolitan and modern lifestyle, where different architectural styles coexist that have been evolving to this day. So if you want to move to the capital or want to change areas, you are probably wondering which is the best place to live.

Vienna has been established in 23 districts, but the assembly line is not completely linear. Here you can learn more about rent prices in Austria.

Währing is one of the top districts for living in Vienna. Many exotic embassy representations are housed in the numerous posh villas – even the diplomats know where to live in Vienna. Vienna’s 18th district has developed into a dream location due to its well-kept townhouses and green Cottageviertel district.

Close to the city center, Türkenschanzpark lets you go back in history. Unique for Vienna, the locals and not the community built the hilly park with various ponds and some rare plants.  Part of the district close to the Pötzleinsdorfer Schlosspark is very green and quiet. As you go more away from Gürtel (a substantial city road in Vienna) it could be more expensive since there is even more green.

The Währinger Kutschkermarkt symbolizes the familiar character of the exclusive district: directly on the central Währinger Straße, there are fragrant flowers, artistic cakes, and organic delicacies in a neat row right behind the picturesque St. Gertrud Church. In between, young local families populate the children’s boutiques to the left and right.

This district is perfect for families and in some parts you have a feeling that you are living in the village because it is very green and quiet but it is relatively close to the city center and having a car is not really necessary.

Although Vienna is the number 1 tourist attraction, Schönbrunn Palace and the Vienna Zoo cover a good part of the Hietzing district that most tourists never reach. Given that the 13th is one of the greenest and most magnificent places to live in the city, it deserves more attention.

By and large, the district’s many beautiful villas and townhouses dating from the time when wealthy Viennese built their summer residences in the former village.

Döbling is idyllically situated on the edge of the Vienna Woods in north-west Vienna. Viticulture is still practiced here and the old, rather rural houses are very characteristic of the district. In addition to this rather village-like aspect, Döbling is also an absolute noble district, especially due to the many Vienna Woods villas and the cottage district. The average income here is only slightly above average, which is due to the mix of posh villas and around 2,800 apartments of the city of Vienna for the socially disadvantaged people.

Here. hilly vineyards and lush forests meet magnificent villas and romantic wine-growing villages, you have landed in one of Vienna’s most beautiful district. From the northern Vienna Woods to the Danube and Danube Canal Döbling exudes natural and architectural beauty and excellent wine. You have the Viennese forests, you can go hiking or take an e-bike tour through the vineyards.

Since Döbling has the largest share of vineyards in Vienna, wine has also shaped its character. This is most evident in the Grinzing district around Pfarrplatz. There and in the nearby Heiligenstadt district, Ludwig van Beethoven spent a few years of his life in a bakery, which has now been converted into a Beethoven museum. On the video below you can see Kahlenberg which is a hill and tourist attraction located in the 19th District.

In the north of the 1st and 8th district between the Danube Canal and the outer Ringstrasse, Vienna’s Alsergrund has gradually shifted from grandma’s home for students to the playground of academics and ex-pat families.

In the western part of Alsergrund, medical institutions are dominating the scene, from the Medical University and private clinics The Altes AKH is home to one of Vienna’s most charming Christmas markets. To the east of the main street Währinger Strasse, Sigmund Freud, the “father of psychoanalysis”, lived and ran his famous practice, which has now been converted into a museum. A few hundred meters from there in Mullnergasse you can get to know the waltz king Johann Strauss and his musical family in the boutique Museum of the Strauss Dynasty.

The two most attractive parts of this district for a living are the romantic Servitenviertel and the area disclose to Palace Liechtenstein. In the 9th district, you should try to live as close to the city center as possible and as far away from the Gürtel (a substantial city road in Vienna) as possible.